Earlier morning Sigiriya Rock before sun become rough which is good for pictures and climbing to the top and back to hotel for breakfast after drive to Kandy on the way, Nalanda Gedige Temple, Matale Spice garden (only for visit), Gem Museum and Workshop, & Hindu temple later Kandy city tour and Evening View the traditional Kandyan Cultural dance Performance and Temple of the Sacred Tooth Relic(Sri DaladaMaligawa).

Spice Garden Spice and Herbal Garden you can learn of their medicinal healing properties and how to use them in your day to day needs. Used worldwide in many medicines, the healing powers of spices have been respected from the time of the Pharaohs and Chinese Dynasties, while our herbs are used in Ayurvedic concoctions

Sigiriya Rock: Sigiriya is possibly the most spectacular sight in Sri Lanka. This magnificent, massive monolith rises 600 feet (183m) from the lush jungle and was one of the most beautiful royal cities that ever graced the earth, today the “Lion Rock” is one of the best preserved and most elaborate surviving urban sites in Asia and frequently referred to as the eighth wonder of the world 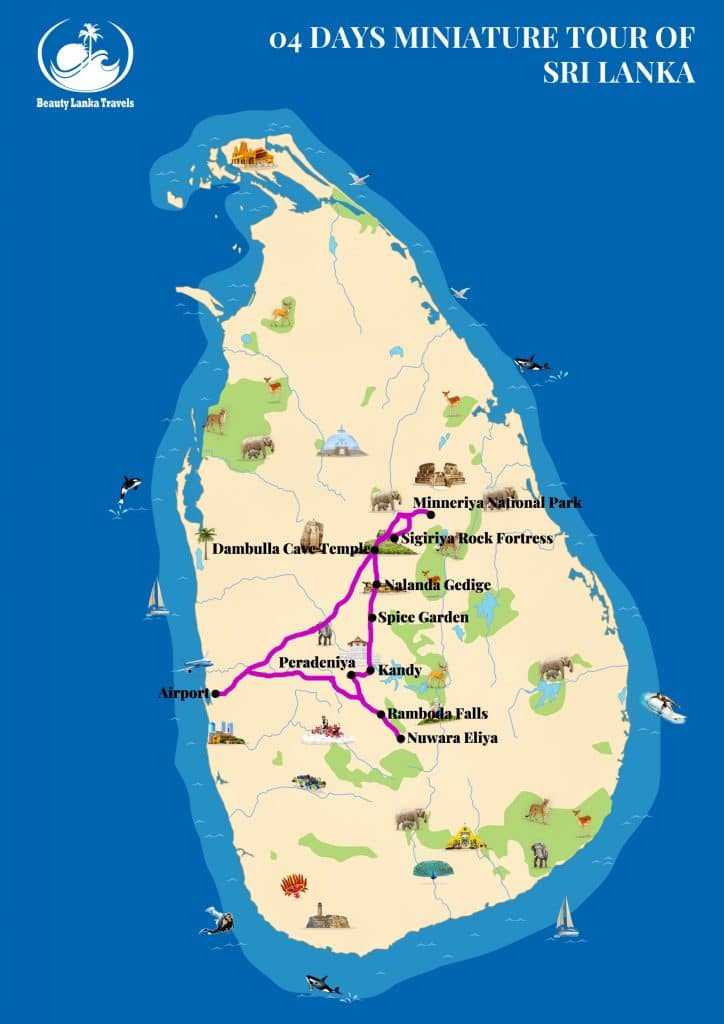