Minneriya National Park: This national park is located in the North Central Province of Sri Lanka. The clean forest encompasses the ponds and contains many animals, but activity watching is usually inadequate – except for the amazing periodic members of monsters (Elephant). The ‘gathering’ occurs in Minneriya during September and October, when more than 300 monsters come together on the bed of Minneriya.

Earlier morning Sigiriya Rock before sun become rough which is suitable for pictures and climbing to the top and back to hotel for breakfast.

Cave Temple Dambulla: cave temple, also known as the Golden Temple of Dambulla is a World Heritage Site (1991) in Sri Lanka, situated in the central part of the country. This site is situated 148 km east of Colombo and 72 km north of Kandy. It is the largest and best-preserved cave temple complex in Sri Lanka. The rock towers 160 m over the surrounding plains. There are more than 80 documented caves in the surrounding area.

Sri Dalada Maligawa or the Temple of the Sacred Tooth Relic is a Buddhist temple in the city of Kandy, Sri Lanka. It is located in the royal palace complex of the former Kingdom of Kandy, which houses the relic of the tooth of the Buddha. Since ancient times, the relic has played an important role in local politics because it is believed that whoever holds the relic holds the governance of the country. Kandy was the last capital of the Sri Lankan kings and is a World Heritage Site mainly due to the temple.

Today is the last day of your Sri Lanka getaway. Collect sweet memories and fly back to home. 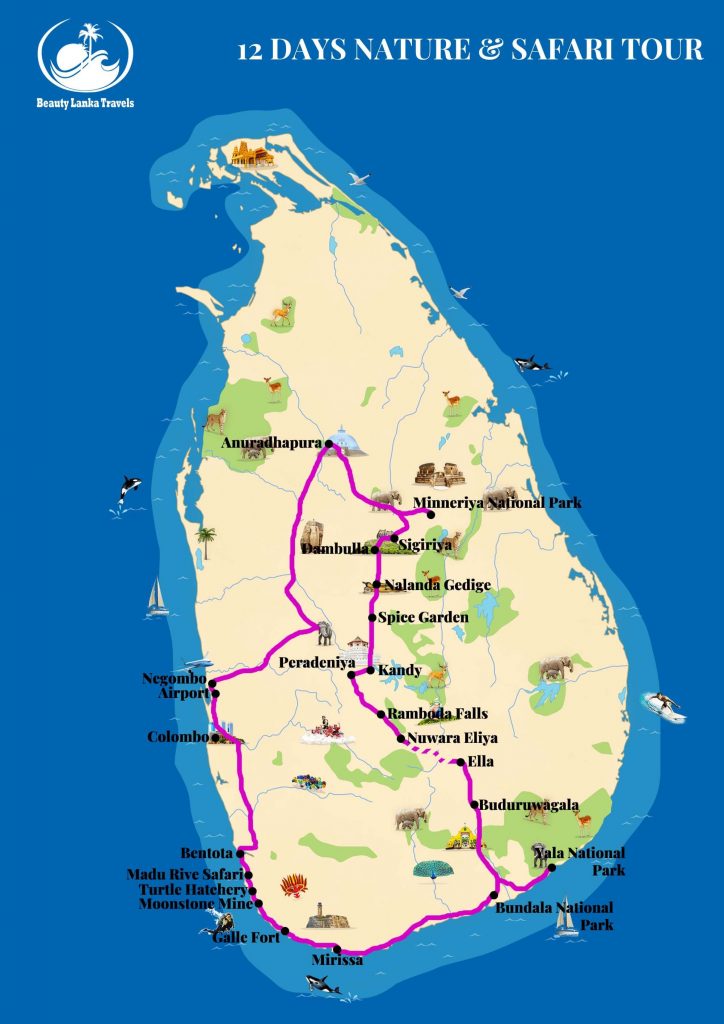