The Supreme Tour in Sri Lanka

After Breakfast, drive to Trincomalee and on the way visit Mihintale ancient city. Evening Leisure at your beach resort.

After breakfast, boat trip on the island of Pigeon and snorkeling and evening visit Koneswaram Hindu temple. Evening Leisure at your beach resort.

After Breakfast drive to Sigiriya, on the way visiting Polonnaruwa ancient city.

Cave Temple Dambulla also known as the Golden Temple of Dambulla is a World Heritage Site (1991) in Sri Lanka, situated in the central part of the country. This site is situated 148 km east of Colombo and 72 km north of Kandy. It is the largest and best-preserved cave temple complex in Sri Lanka. The rock towers 160 m over the surrounding plains. There are more than 80 documented caves in the surrounding area. 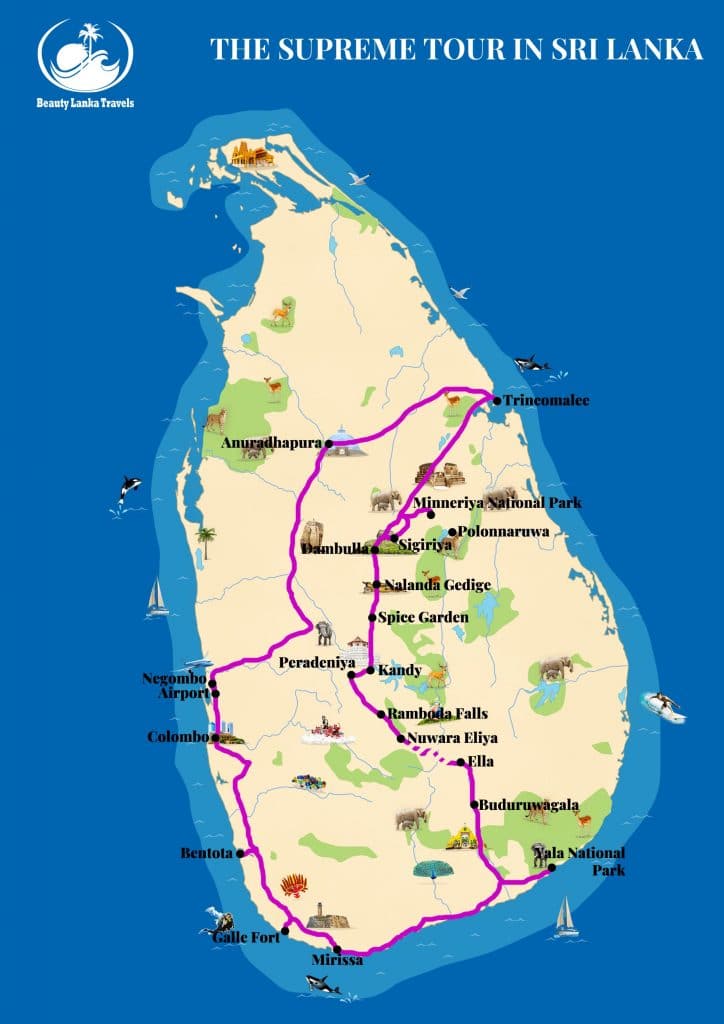