After arrival welcome by our English-speaking driver and drive to Sigiriya. Evening Minneriya, Kaudulla, or Hurulu Eco nation parks 4×4 safari according to Elephant’s availability.

Earlier morning Sigiriya Rock before sun become rough which is good for pictures and climbing to the top and back to hotel for breakfast after trekking in Hiriwadunna Village safari and Elephant Ride.

After Breakfast Drive to Nine Arch Bridge later to Yala on the way visiting Rawana waterfall and Buduruwagala Rock Temple and 4×4 Safari at Yala national park (Yala National Park is the most visited and second largest national park in Sri Lanka, bordering the Indian Ocean) in the evening.

Evening at Beach enjoy the beach.

Early morning 6.30 whale watching Back to the hotel. Evening at leisure at Beach hotel and beach.

Get ready and check out from the hotel as this day marks an end to your holiday in Sri Lanka. Go for last minute souvenir shopping for your loved ones. Proceed to Colombo International Airport to board the flight for your onward destination and mark an end to your exciting Sri Lanka package itinerary. 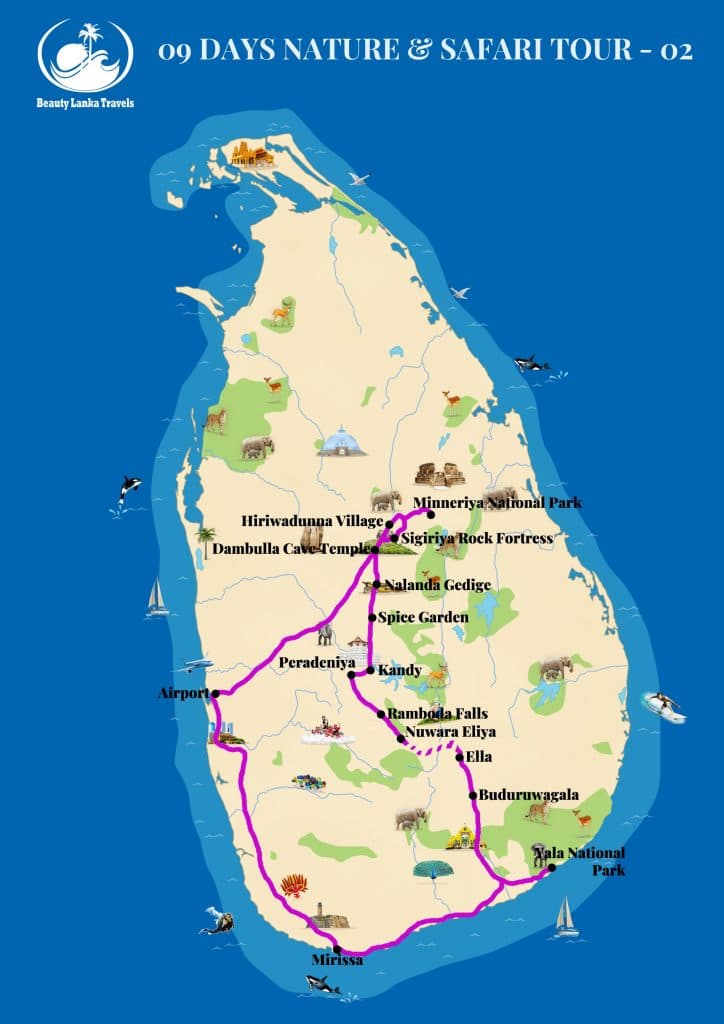